A little bit about us and how we ended up on top of a hill in Southern Scotland with alot of dogs...

I was given my first toy poodle aged 8 years old…im pretty sure my parents rue the day as that little poodle Rumple started a lifelong obsession. I sadly lost him aged 23 years having spent every day with him through childhood those difficult teenage years and into adulthood.

A succession of toy Poodles followed him (Bear, Jakey, Josie, Cherrie B, Amber, Harvey, Poppy) and eventually in the late 90s I also had my first standard poodles, Elsa, Elana and Simbah.

My husband Nick had also grown up with a poodle and as an adult had Samoyeds followed by German shepherds. As you can imagine together we had quite a collection. Nick was also a police dog handler and trainer so his police dogs, drugs and explosives dogs also lived at home with us. He also had a keen interest in gun dogs working on local shoots and attending gun dog trials as well as police dog trials. During this time I also opened a large dog grooming salon and showed our standard poodles. 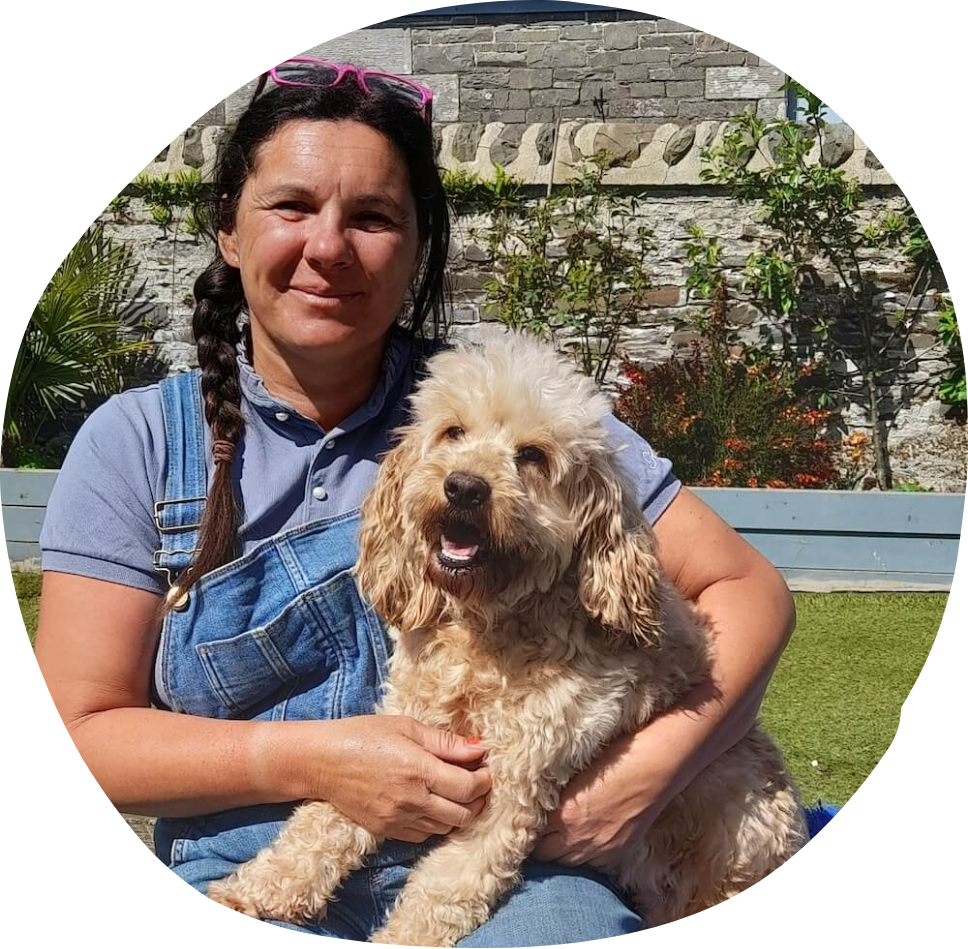 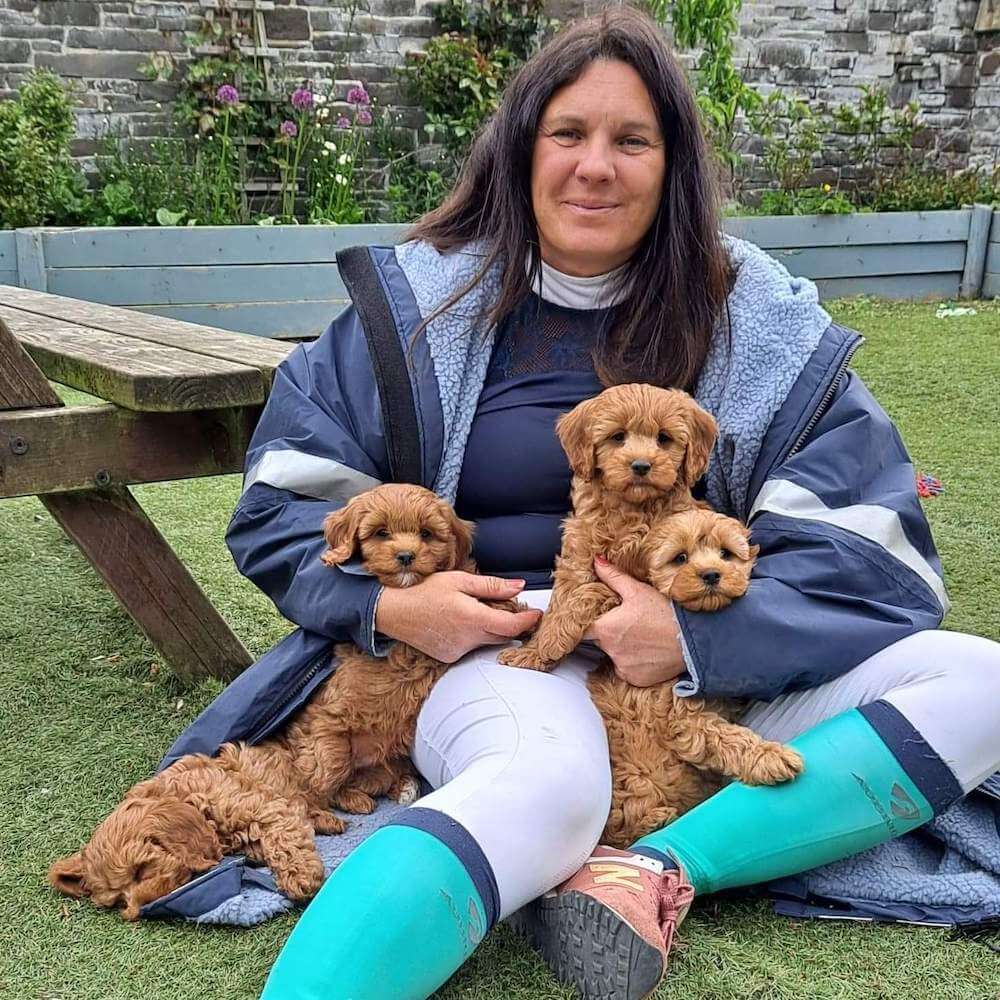 Our knowledge and experience grew over time in all aspects of dog training and breeding we became licensed breeders in the early 2000s and registered our affix with the kennel club. Nick continued to progress his dog training skills whilst I took more of an interest in genetics and breeding including consulting for the biggest kennel in Europe and continuing to run our dog grooming salon.I also attended Bishop Burton colleges canine training and behaviour course. We also frequently attended Langford veterinary school to take part in research. with our dogs. We have always had a keen interest in veterinary research and continue to do so today. 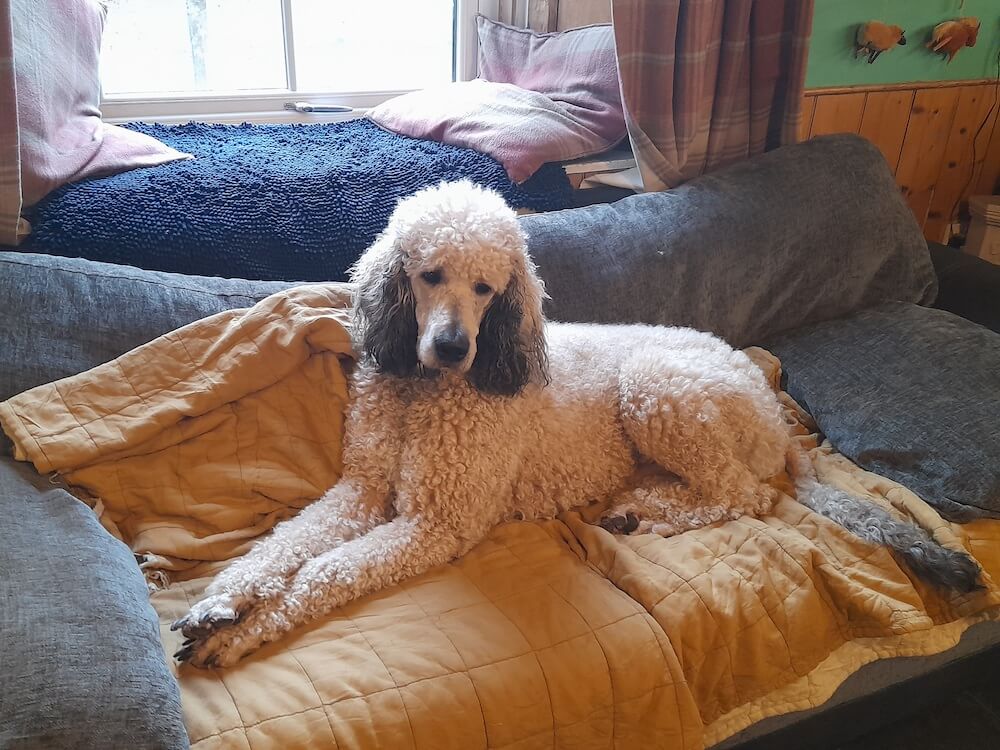 Over the years we have bred many dogs for a really wide variety of roles. Everything from the family pet to low blood sugar detection dogs, agility champions, PTSD dogs , drugs detection dogs, PAT dogs, reading dogs and many more important roles. There is no greater pleasure than seeing a dog you bred bring freedom or company to someone who needs it. Dogs are really amazing creatures and are a pleasure to have in our lives. 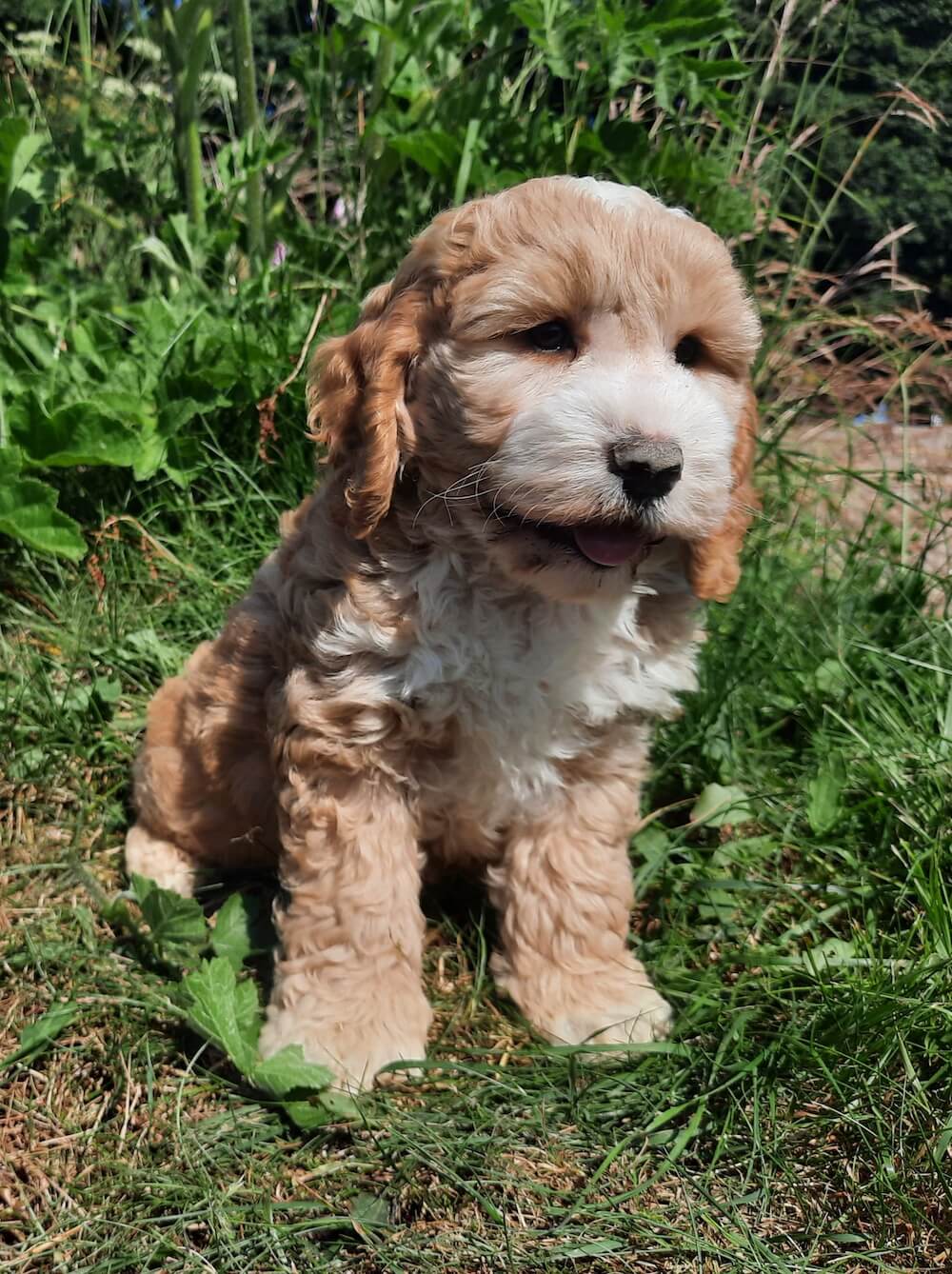 Today some 25 years later we continue to breed and train dogs to the best of our ability. We have been back in Scotland for the last 3 years having spent 23 years in Monmouthshire South Wales at Abergwenllan our namesake and affix. The move has allowed us to extend our dog training facilities and training ground as well as placing us centrally within the UK for all of our clients with easy access to the airport for overseas clients. We breed for health, temp and trainability as a priority. Most of our breeding lines are generations of our breeding so we know the lines very well. We also hold our own stud dogs which allows us to have overall control of our breeding programmes. We do not adopt dogs out to other locations for breeding and then bring them back to have pups or breed from dogs owned by anyone else. All our dogs are kept and looked after here by us full time and as such are veterinary inspected and vaccinated yearly together with licence checks. We are currently licensed by Scottish Borders council. 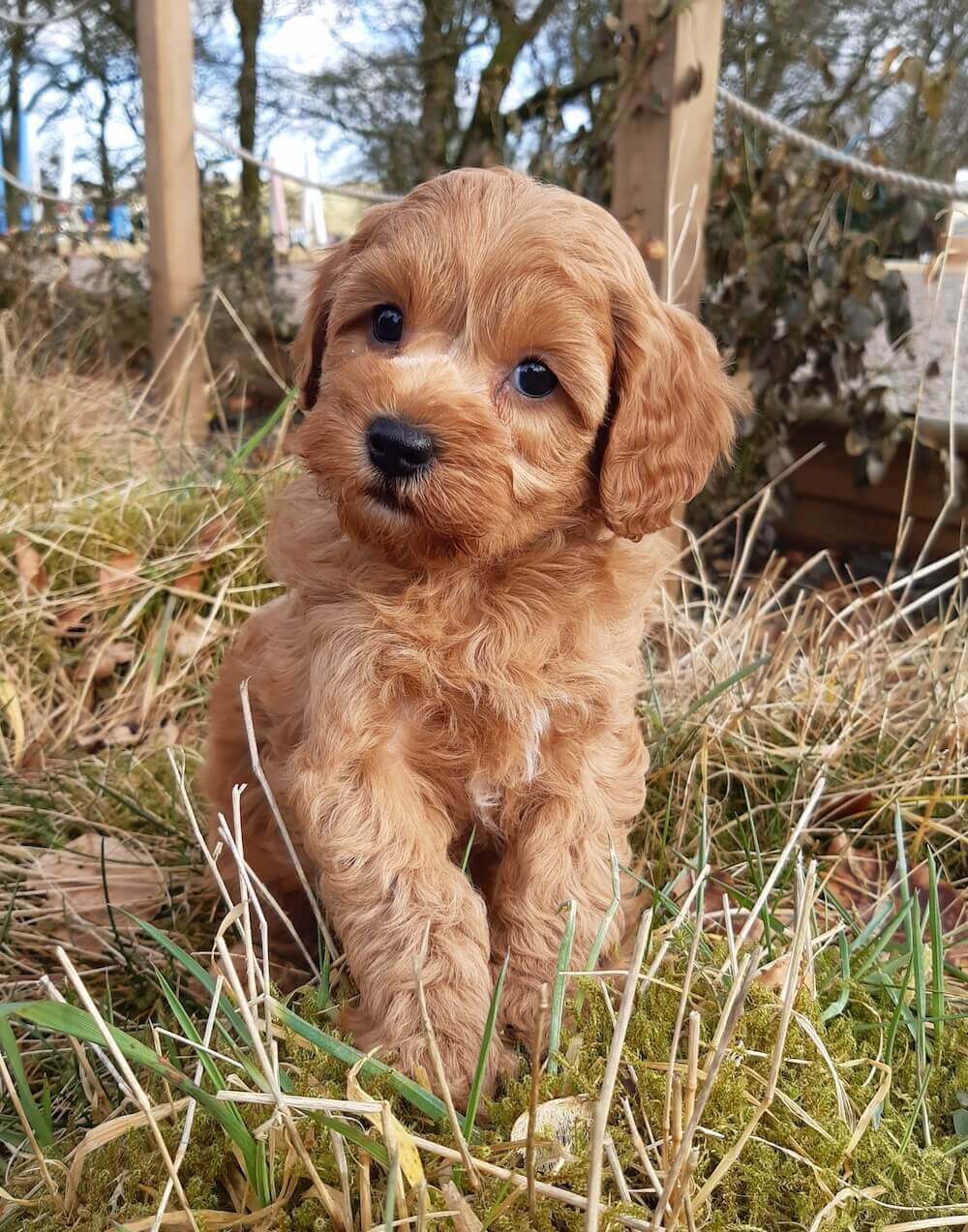 "We brought our little Miko home yesterday and we are in love with his incredible nature and gorgeous face. Claire has been so helpful and informative and her support has made the experience so enjoyable." 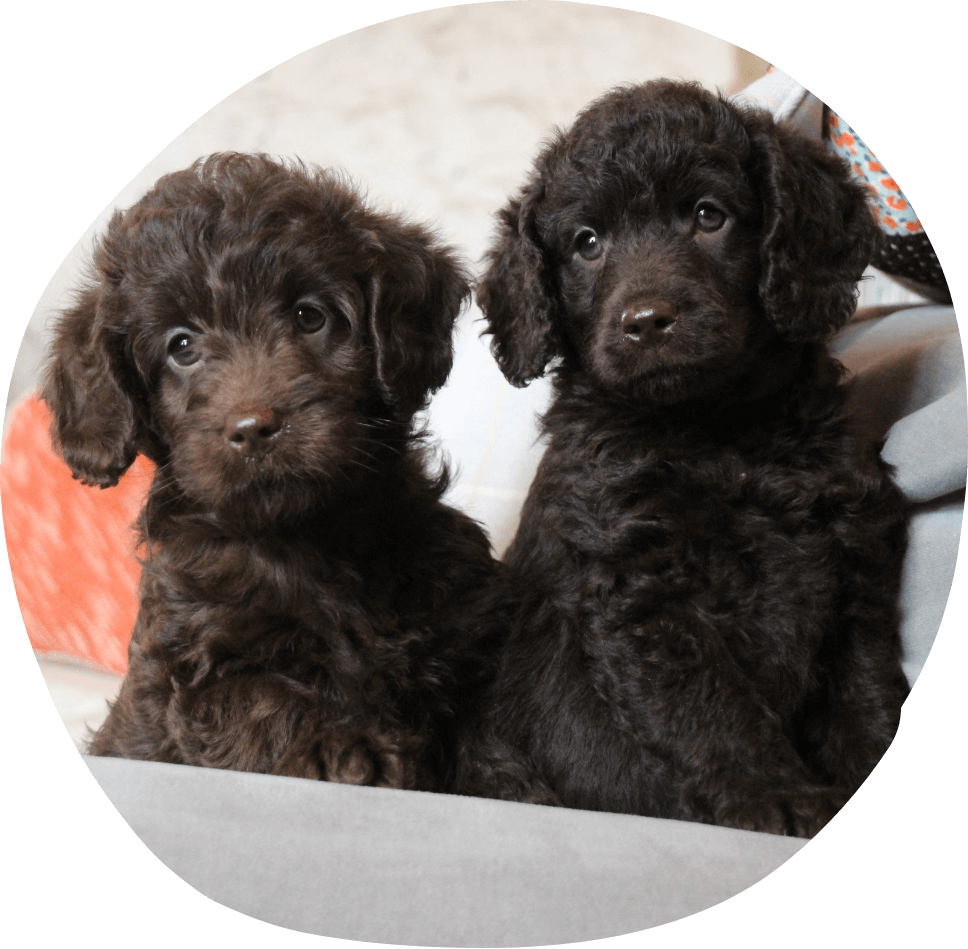 Get in touch, we’d love to hear from you! We love and live dogs, so no question is too big or too small!
Get in Touch
© 2022 Abergwenllan Ltd   |   Privacy Policy
Website by